Since September I’ve been working on a project to integrate TestLink and Hudson. The project consists basically in a Hudson Plug-in that uses TestLink Java API to retrieve information of Automated Test Cases created in TestLink. You can read more about the plug-in in the following address: http://wiki.hudson-ci.org/display/HUDSON/TestLink+Plugin.

I wrote an article in conjunction with Anderson dos Santos about this Plug-in. The article was published by Testing Experience in its December issue. The issue’s topic is Open Source Tools. You can download the whole magazine from Testing Experience website (I highly recommend downloading the magazine, there are some great articles there!).

Since we wrote the article we changed only the way we parsed the test reports. Instead of parsing only TAP report files, we decided implement TAP, JUnit and TestNG parsers. In the future we plan adding more parsers to others *nits and Selenium report files.

The plug-in is being used to automate acceptance tests in a CRM system that was developed by Sysmap Solutions. I will write about the automation process, experiences learned and mistakes to be avoided in future projects as soon as we finish writing the automated tests and setting up the Selenium Farm.

In the following days I’ll be writing more tutorials, guides and recording some video tutorials. In February of the next year this automation solution will be presented in the Belgium Testing Days event.

Automating tests with Hudson and TestLink (pt-BR only)

Slides used at Encontro Ágil 2010. As soon as I finish the plug-in 2.0 version I’ll upload a video with a sample demo too.

On November 6th (next Saturday) Anderson Santos and I will present a Test Automation solution built on TestLink and Hudson at Encontro Ágil 2010. This meeting is for intended for the Agile community and will be hold at IME-USP (Instituto de Matemática e Estatística - Universidade de Sáo Paulo).

Extract images from a Word document

Some time ago I was asked by my boss to get all the images out of a Word document and save them in a separated directory. In this site the author gives you several different ways of extracting images from a Word document. However what I wanted was a quick and dirt way of having these images extracted without macros or having to open and save the document in HTML format.

So I wrote this quick and dirt word images extractor. It has two versions, one where you need to pass the .doc file as parameter and another one that gives you an input dialog box to point out where is the file. You can get the VBScripts from http://github.com/kinow/word-images-extractor. 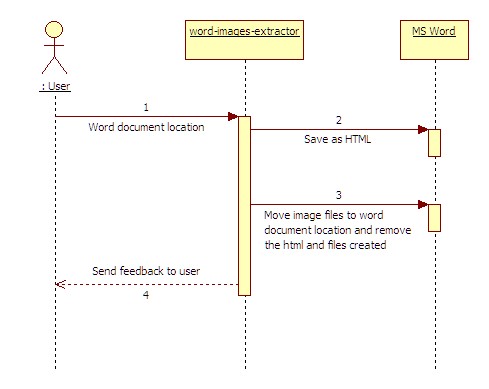 Behind the scenes, this VBScript uses Word to save your .doc as .html and then copies the saved images into the same directory as your word file. So yes, you do have to have Word installed. If somebody gets interested in improving it, he/she could find a way of extracting multiple files at once. In this version some files are overridden. He/she could add to the beginning of the image name the word file name. Or it could be required to pass the output directory together with the input word file.

A month ago I started a project to help me in my new version of the TestLink Hudson plug-in. The plugin now relies heavily on Apache Maven for test execution. After reading a post on TestLink forum about an automation done using TAP, I googled to learn what that acronym stood for.

TAP is the abbreviation of Test Anything Protocol.It is a protocol to produce information about test execution and used mainly by the Perl community. For instance, you can test your system using PHPUnit, JUnit, Selenium or even a C class and produce what they call a TAP Stream. This stream’s content is like follows:

The text above tells us that we are using the version 13 of TAP. That we have 2 tests (1..’2’) and that both tests were executed without errors. TAP is a human readable text that can be interpreted by a software for audit, report or whatever. Another tool can then parse this TAP Stream and prepare Reports, update Database among other uses (this is what TestLink Hudson plug-in is going to do on its new version ;-).

tap4j is a simple Java implementation of the TAP protocol (sorry to repeat the protocol part of the acronym right after it, but sounds cool :-). The project is built with Java 1.5 and Maven and hosted on SourceForge. The artifacts are published on Maven Central Repository but the jar is also uploaded into SourceForge. Up to now the project has only two members. Apart from me, there is CÃ©sar Fernandes Almeida, a friend from university that is helping me with the ideas, tests and code. But we really need more help, specially from people that know Perl (Harness, Simple, etc) to help us make integration tests using TAP Streams generated by these tools.

The 1.0 version supports Header, Plan, Footer, Test Results, Comments and Bail Out expressions. All these supported elements can be retrieved through the API, even the comments list. Any invalid text is ignored but you can also retrieve this information using the API.

We are already working on a new version, 1.1. This version will support YAML diagnostics, letting you put a whole Exception stack trace on your TAP Stream. Nice uhn? Check how YAML looks like.