Adding coverage reports in Jenkins with GoogleTest and gcovr

After the last post about GoogleTest and TestLink using Jenkins TestLink Plug-in, I received an e-mail asking about coverage with GoogleTest and Jenkins. I’ve just updated the Makefile in the samples directory, of the GoogleTest TAP listener project, to output coverage data.

Basically, you have to add the compiler flags -fprofile-arcs -ftest-coverage and link the executable with -lgcov. Take a look at the project’s Makefile and you’ll notice how simple it is. In order to have Jenkins interpreting your coverage report, you’ll have to convert it to cobertura XML. There is a Python utility that can be used for this: gcovr. Download it and copy it to somewhere where Jenkins can execute it (e.g.: /usr/local/bin).

Now, if you’ve followed the instructions from the previous post, you should have a job that reports your GoogleTest tests from Jenkins to TestLink using the plug-in, and is downloading the source code from GitHub. Add an extra build step (Shell) to execute gcovr.

Jenkins, TestLink and GTest in 5 minutes (or so)

This is a 5 minutes guide on creating a job for a C++ project in Jenkins with GoogleTest and reporting the test results back to TestLink, with testlink-plugin.

The test project with GoogleTest

For this simple guide we will use the samples that come with GTest TAP Listener. You can get the code from GitHub with git clone git://github.com/kinow/gtest-tap-listener.git. Take a look at gtest-tap-listener/samples/src/, there you will find two C++ files: gtest_main.cc and gtest_testHelloWorld.cc. 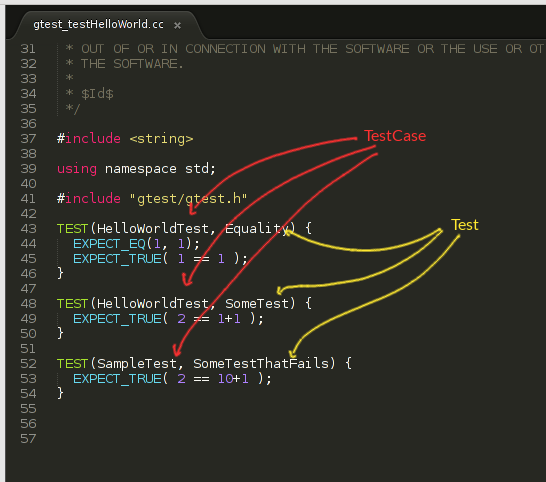 It is the first post about bioinformatics tools, but I will try to post more about other tools such as MrBayes, Structure, maybe some next generation sequencing tools too, and Bioperl, Biojava, and so on.

As I am more a computer geek, rather than a bioinformatics one, I will focus on requirements for running these tools on clusters and the requirements to install them on your machine. The instructions require that you have an intermediary knowledge on *nix OS and sometimes a bit of programming experience.</em>

I will be using tutorials available on the Internet and hosting my code in GitHub/kinow. Hammer time!

Last weekend I spent some hours assembling old computer parts to create my commodity hardware cluster for running Hadoop. I already had a local installation in my notebook, so I thought it would be cool to run the word-count example in both scenarios to see what would be the results.