Brazil is not only Samba, there is (good) celtic music in there too :-)

Terra Celta ("Celtic Land") is a Brazilian Celtic comedy rock band formed in 2005, and based in Londrina, Paraná. They are noted for making Celtic rock in Portuguese language (initially English), with often humorous lyrics. The group performs live with traditional Celtic/Irish clothing. Besides performing Irish music, the members also research the subject, by attending Celtic music festivals in Europe. 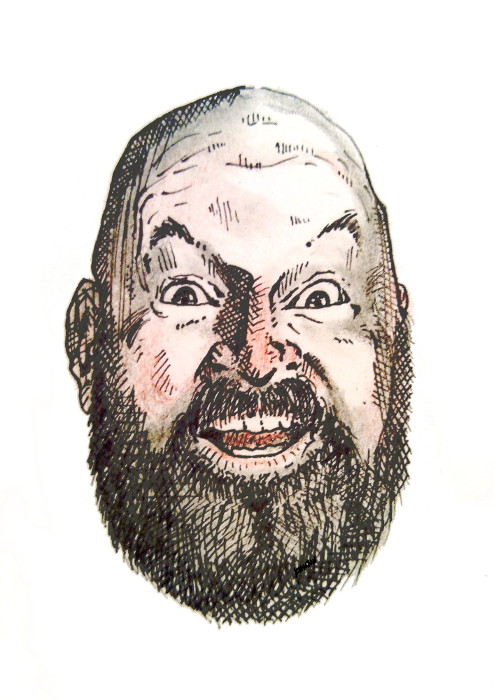 Last time I used Blender was around 2007 I think, in University. But the bad weather in Auckland gives me plenty of time to have fun checking out Blender again :-)

Here are the work in progress, created only with the bézier curve.

Here’s the result after the mesh was created, and some material applied.

Then using a plane as background, replacing the lamp by a sun, and tweaking a few parameters.

And finally playing with animation. Not sure if there was a time line and animation controls in Blender the last time I used it, but the controls are not really complex.

I had to combine both meshes into a single object, in order to add a bone and rotate it. That is why the logo got back to a single material. The angle of the camera could probably do with some tweaking as well.

But it was my very first time animating in Blender. Some day if I get access to one of those 3D printers, I will check what are the requirements for printing this logo.

Blender models can be downloaded here.

Now back to programming :-)

For a while I had been wanting to try adding a flat colour to the Frege logo. This weekend had some bit of spare time, and here is the result.

Submitted to the project as pull request #299.

And the updated logo.

Perhaps not exactly revamping, since all I did was just change a colour. There were adjustments to the bézier curves as well, to better align them, but I updated both logos, not just the new one :-)