The royal spoonbill (Platalea regia) also known as the black-billed spoonbill, occurs in intertidal flats and shallows of fresh and saltwater wetlands in Australia, New Zealand, Indonesia, Papua New Guinea, and the Solomon Islands. It has also been recorded as a vagrant in New Caledonia. The royal spoonbill lives in wetlands and feeds on crustaceans, fish and small insects by sweeping its bill from side to side. It always flies with its head extended. Widespread throughout its large range, the royal spoonbill is evaluated as Least Concern on the IUCN Red List of Threatened Species. 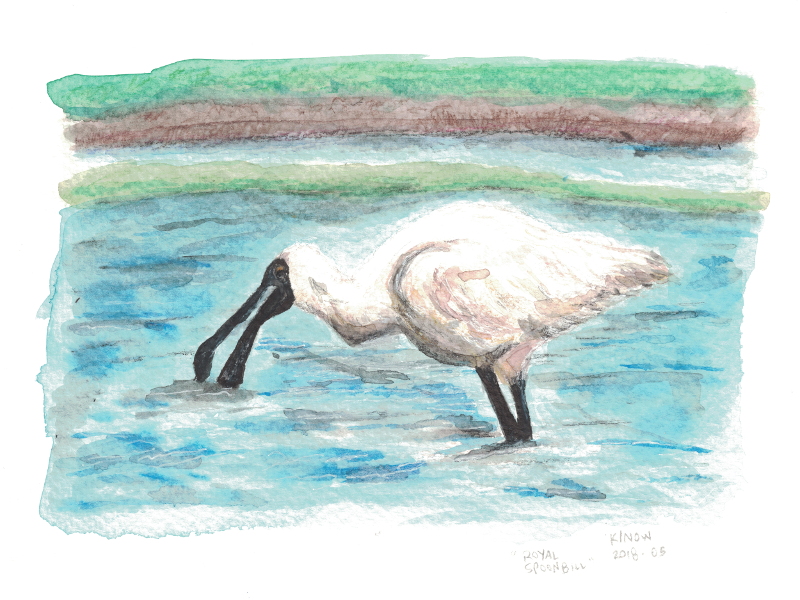