I am aware of only two workflow managers that support cyclic workflows. Cylc and StackStorm. I won’t enter into details about these two tools, but I must note that I worked on Cylc during my employment with NIWA, in New Zealand.

In this post I will only show a very simple workflow called five first using Cylc, and then the same workflow with StackStorm.

First let’s take a look at the source code of this workflow with Cylc 8 and plot it.

The part "foo[-P1] => foo => bar" is where the recursion occurs, creating a cycle in the workflow.

Installing Cylc requires just pip install cylc-flow. After that, with the workflow installed, we are ready to run it.

StackStorm requires more work to get everything up and running. Luckily they provide a Docker Compose installation. So after the servers have been started with Docker we are ready to create a “pack” (a neat way to organize separate installation files).

And install the new pack.

Now we create a new workflow and an action to run the workflow — I think this step is optional, and you could have just an action but I was following one section of the docs that had it this way.

And now create the action in StackStorm, so we can run it via command line or with the UI.

And here’s the five workflow source for StackStorm, producing something very similar (if no identical) to the graph produced by Cylc 8.

The StackStorm UI does not appear to support showing the graph of the workflow static or dynamically. But there is a community contributed UI called rehearsal that plots an Orquesta workflow given its source.

Both Cylc and StackStorm support Directed Cyclic Graphs in workflows, which is really rare amongst workflow managers (or workflow standards, as I think WDL/CWL also do not support cyclic workflows yet.)

There are many pros and cons for each tool but that will have to be for a future post. To finish this post here’s a screenshot of the StackStorm UI, followed by one of the Cylc 8 UI. Both showing the workflow five. 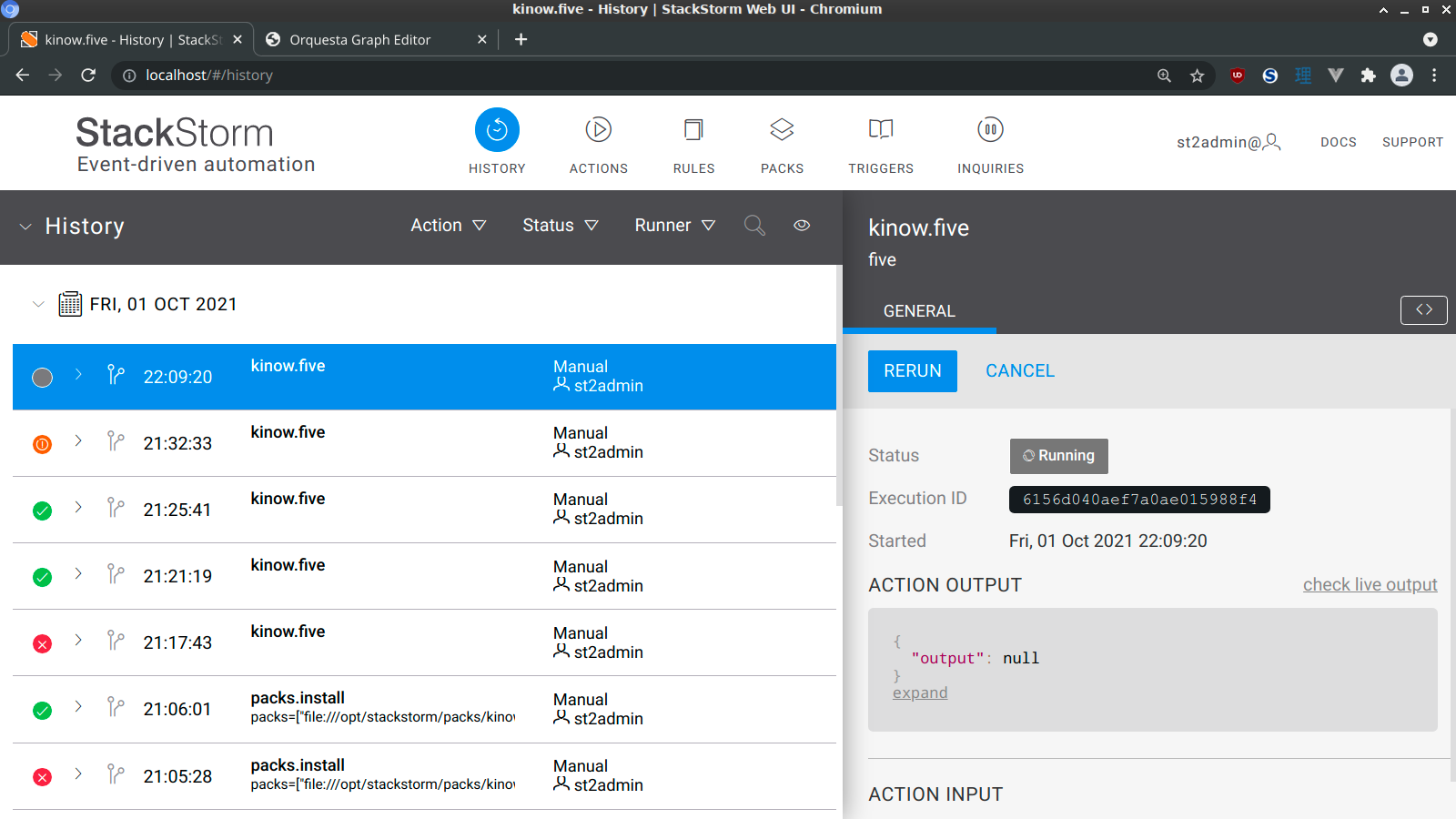 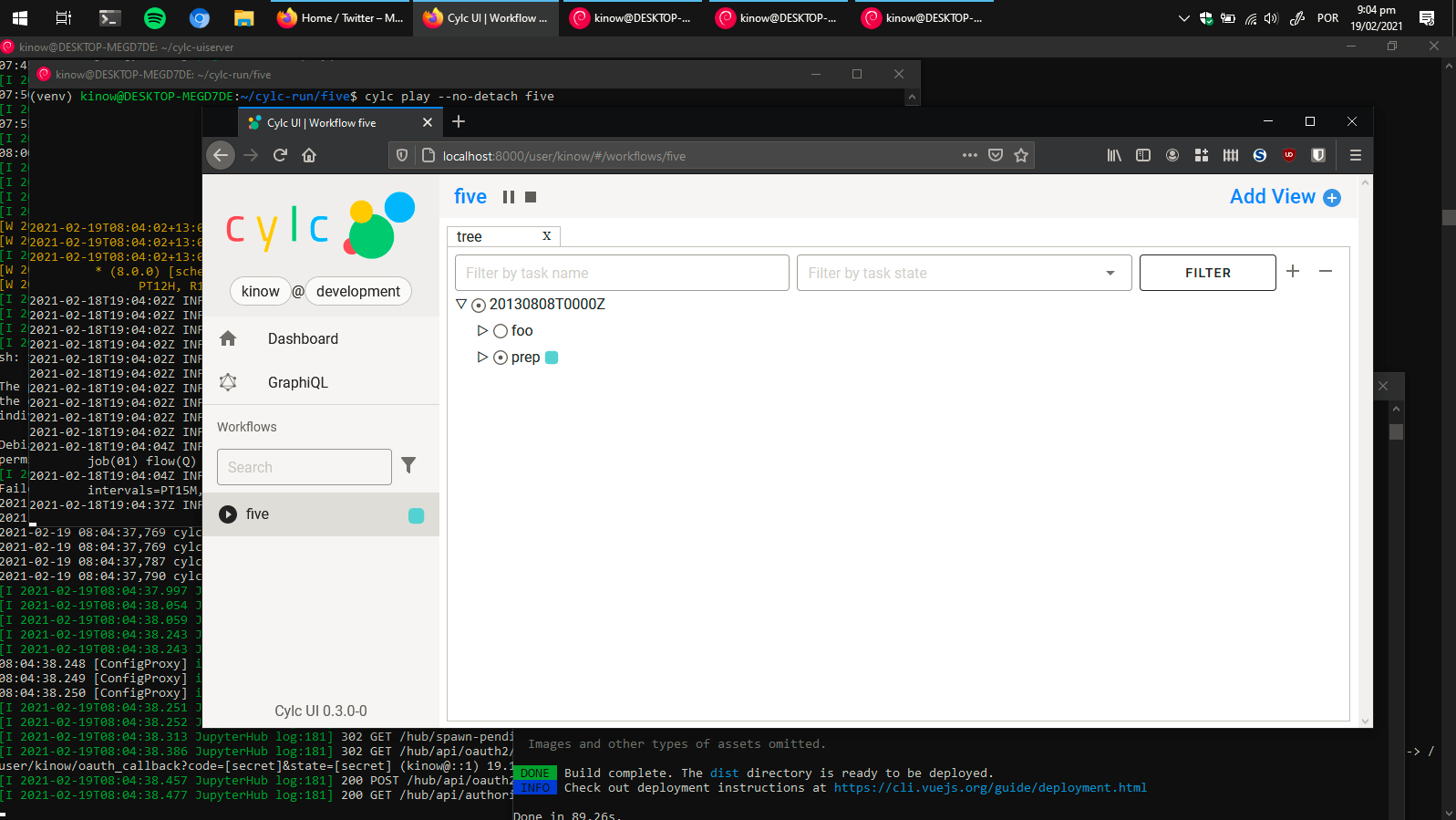