The last Inkscape about screen contest had two entries that called my attention for being created in Inkscape and for how nice they looked. Not having used Inkscape for low poly before, I decided to give it a try.

After reading a handful of tutorials, I realized it is a very interesting and relaxing process. You use a reference photo with low opacity as background, and then create the polygons manually with a vector pen. 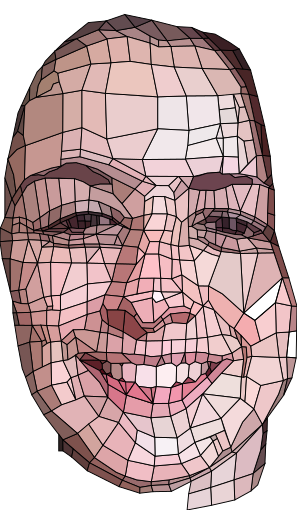 If I had to create many of these low poly images, I would probably automate it. First looking for existing plug-ins or tools, or writing a simple script that randomly creates the polygons based on a seed with some variance.

The final result is very interesting for the eyes, creating an image that is easy to “read” and can be used for social media and websites.