The species name is “Anopheles tessellatus”, and one of its synonyms is “kinoshitai Koidzumi” — pure coincidence that kinoshitai!

That synonym entry appears to have been found at the following location: Ryukokosho, Taihoku (Taipei), Formosa [Taiwan, ROC] (LU). So how to find Ryukokosho if Google Maps cannot find it, Google brings only a handful of entries with the species synonyms, and no there are no other maps or other GIS data available?

It is in Taiwan

Both “Ryukokosho” and “Ryoko kosho” sound Japanese, and not really Chinese. The reason is that between 1895 and 1945 Taiwan was under Japanese rule, and some places got different names. Even now, many words from Chinese are still pronounced in Japan with the Japanese reading of the Chinese characters.

From that location it is possible to immediately identify that it is somewhere in Taiwan.

We can probably tell that it is an old entry as Taiwan is being identified as “Formosa”. I remember Taiwan being called “Ilha Formosa” in textbooks in Brazil when I was in high school.

Formosa in Portuguese means pretty, beautiful. It was the name given to the island of Taiwan by Portuguese explorers.

It is in Taipei

Another hint at the date of the synonym entry is the next part, Taihoku. The capital of Taiwan is Taipei, written as 「台北」.

Taipei was officially renamed to Taihoku in 1895 when Japan annexed Taiwan. Taihoku is the Japanese reading of the Taipei Chinese characters.

Curiously, Taihoku is still in use in Japan. Oh, and so is Taipei by the way. Must be confusing for non-locals to find both names in documents, sites, newspapers, etc.

This was the tricky part.

The name of many places in Japan includes a useful suffix. For example:

Looking at -sho, and -kosho, nothing came to my mind. With some help of Jisho.org, I found this old character for “manor; villa”, 「庄」, read as shou or shō.

Many words when translated to English lose their vowels, like Toukyou that becomes Tokyo, and Kyouto becomes Kyoto. So maybe shou lost its u, and became sho?

I asked a co-worker from China, that once told me her village was near Taiwan. A few minutes later she gave me the following place name in Chinese characters 「龍匣口」.

Surprised, I asked her how she found that name so quickly. She told me she wrote “ryoko” in a dictionary to translate from Japanese to Chinese. I assume the dictionary gave her some possible character combinations and she picked the one made more sense.

That’s when I found this link in Chinese for the Longxiakou village: https://zh.m.wikipedia.org/wiki/龍匣口.

If you translate the Wikipedia page from Chinese into English, the first paragraph says:

Longxiakou is an old place name in Taipei City . It is located in the middle of present-day Zhongzheng District. It includes all of Aiguoli, Nanmenli, Longguangli, and Longfuli, and the northeast half of Xia’anli, Longxingli and The north part of Sanyuan Street in Yonggongli, a small part of the northeast end of Yingxueli, the northern half of Nanfuli, the west of Xinyingli and the south of Dongmenli.

So now we have a reliable source to identify the location of the mosquito!

It is located in the middle of present-day Zhongzheng District

Unfortunately the translated names like Aiguoli don’t match any existing names in Google Maps in Taiwan. The name in Chinese does (愛國里). So I entered some of these names to confirm the area of the map of that old village.

I also found this map on FaceBook, but without knowing Chinese, the only part I could confirm is that the light brown area at the top contains the words 「南門」 (South gate?) and 「龍匣口」 (Longxiakou). 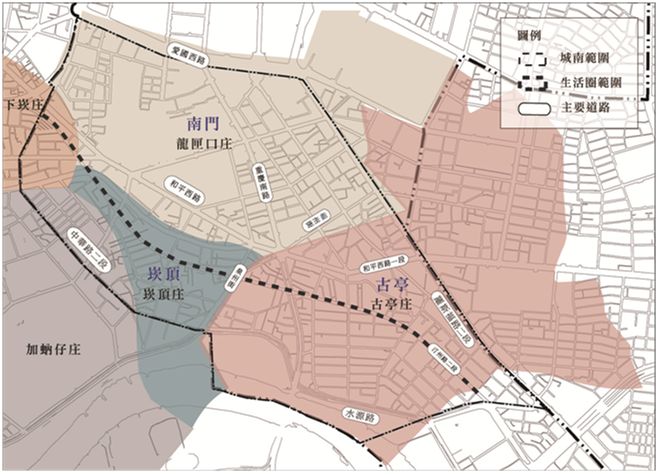 Using QGIS 3, the Georeferencer plug-in, quickly adding some points manually, and then finally adjusting raster transparency, we have the following map to show us where the village used to be. 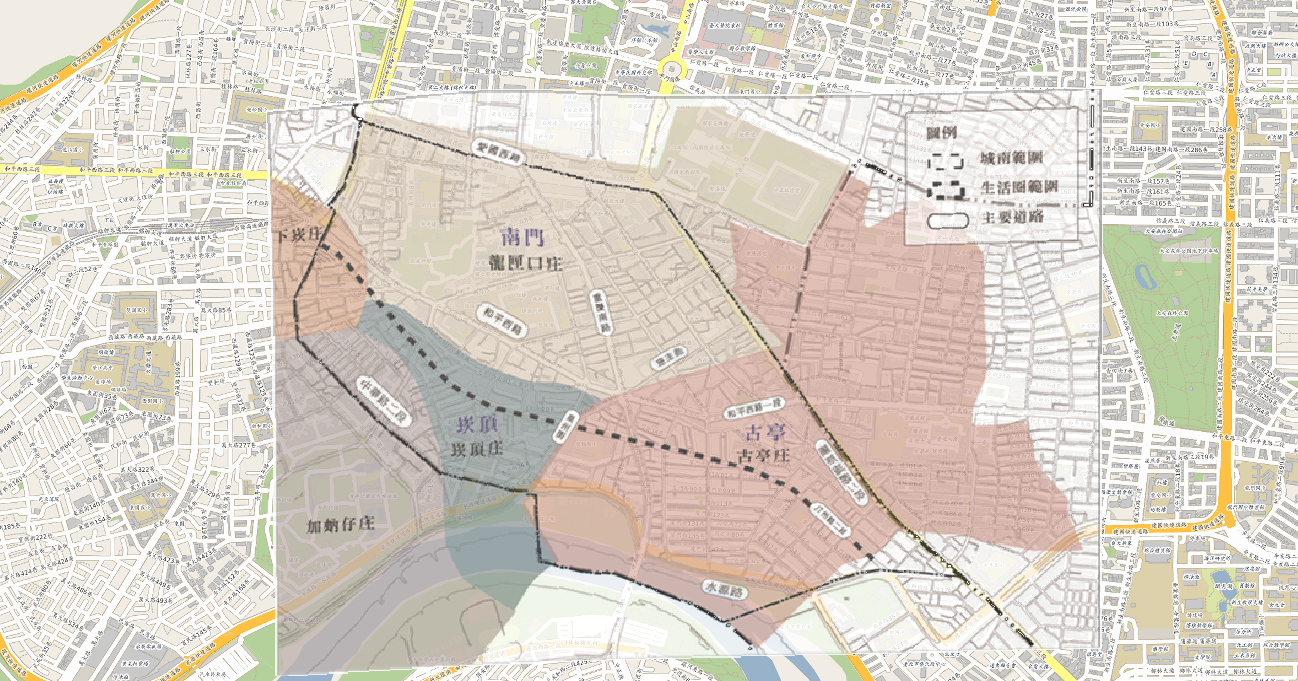 If you would like to import the QGIS files, or have a look at the points I used, browse the files over here.