I grew up watching the weather forecast in Sao Paulo, Brazil. Where it is called “previsão do tempo”, which is the literal translation in Portuguese.

This post contains some recent screen shots of the weather forecast as it is presented in one of the main TV channels, as well as some screenshots from an online video of other local institutions that either provide the forecast, or help running the NWP models.

Globo is the main TV channel. When I was younger, it was also the main source of news and weather forecast. That, or you would have to open the newspaper and look for the forecast summary. 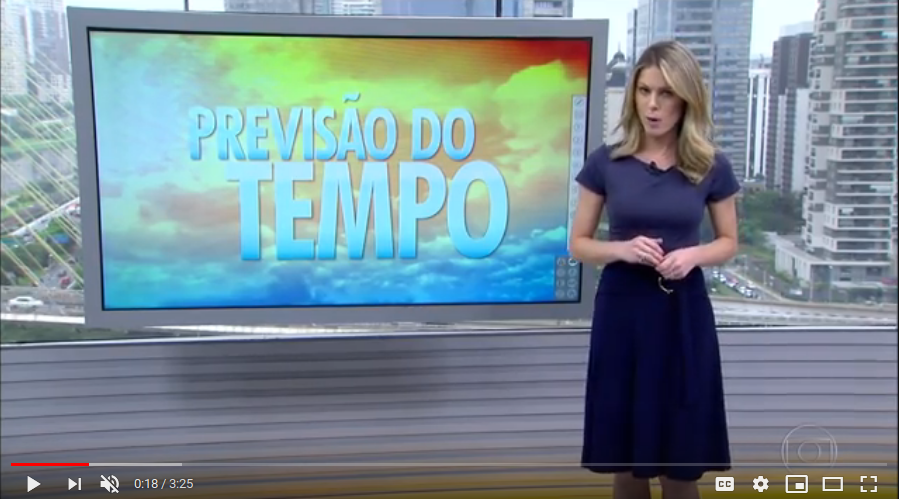 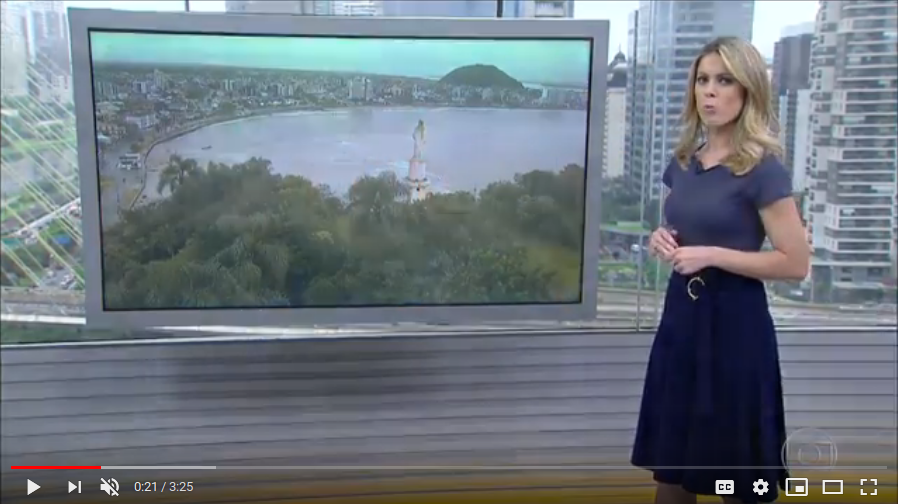 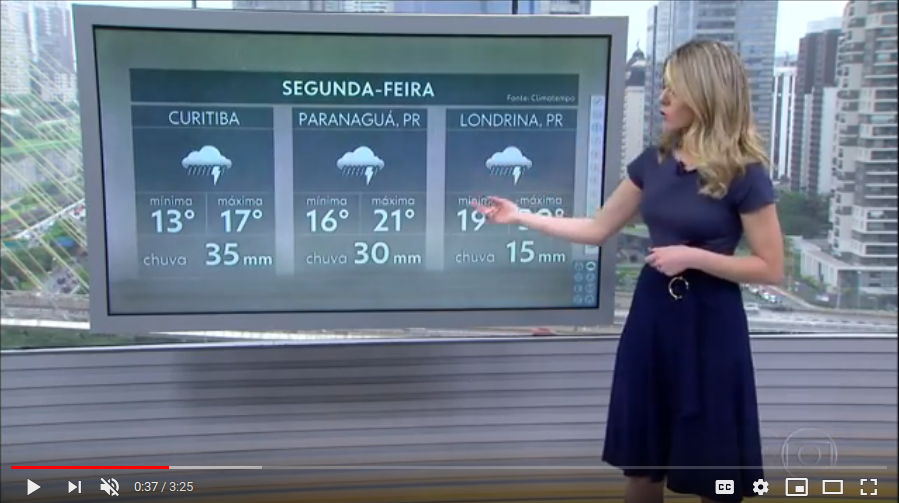 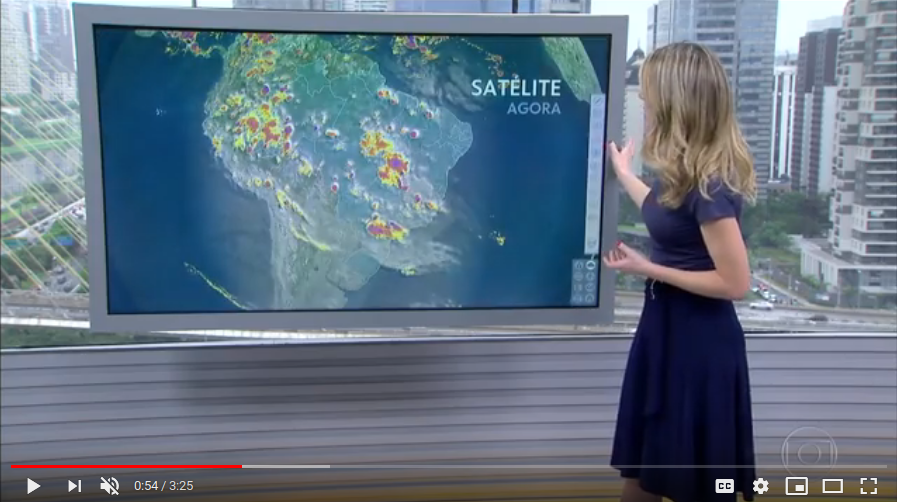 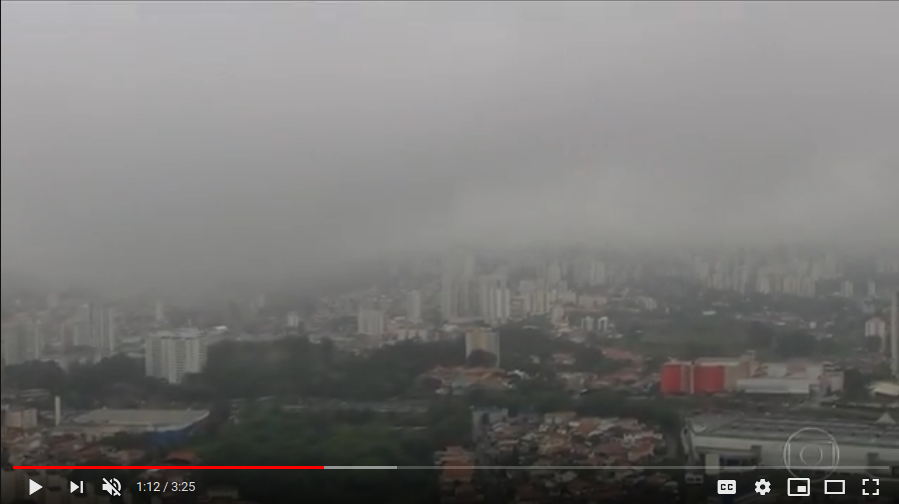 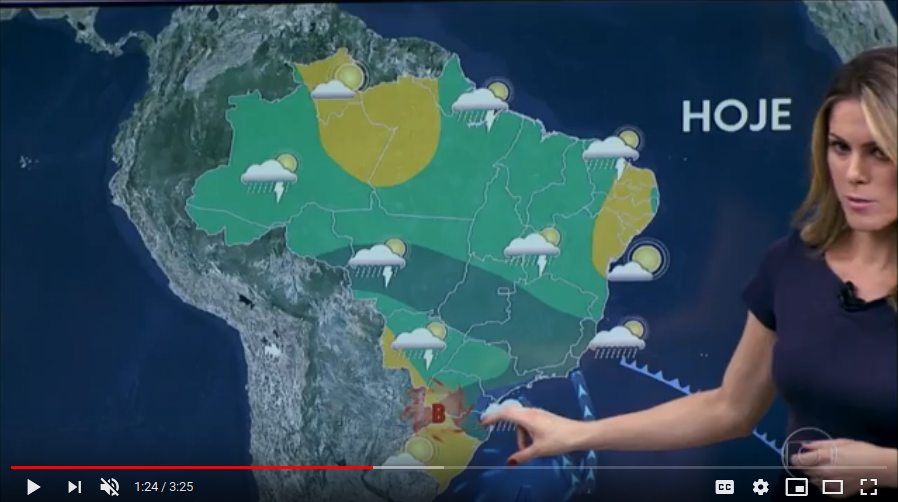 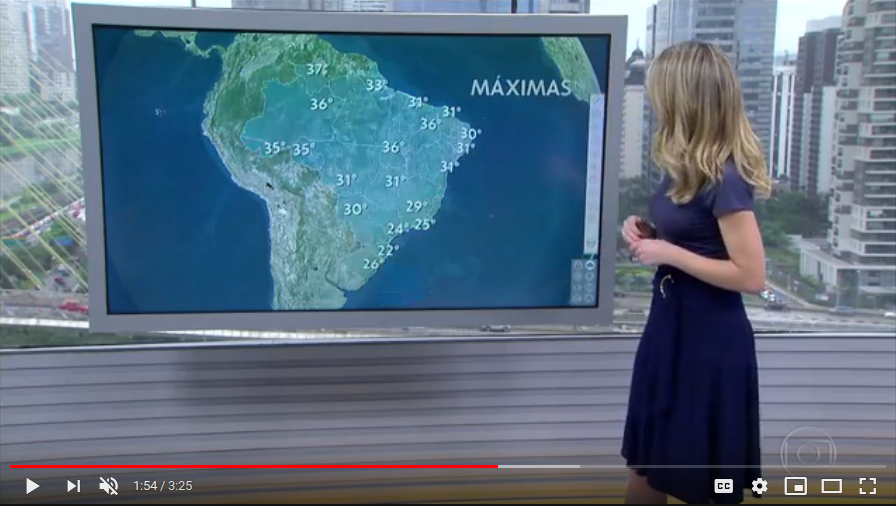 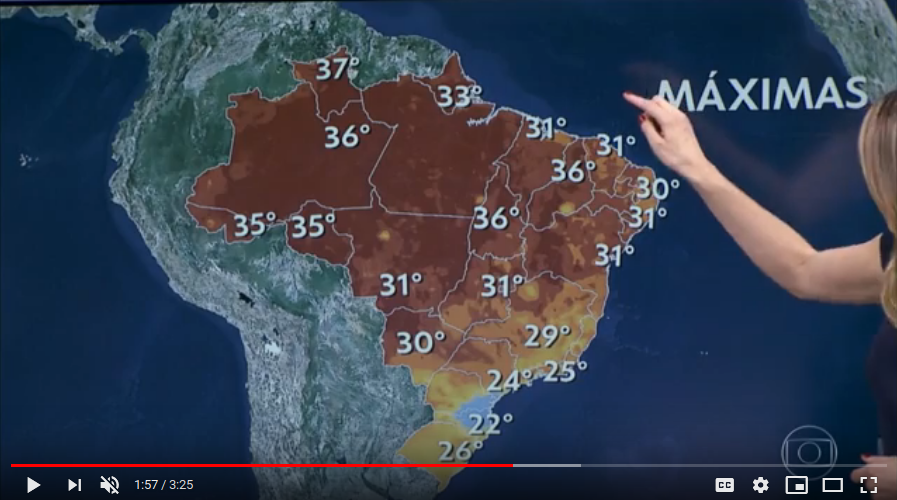 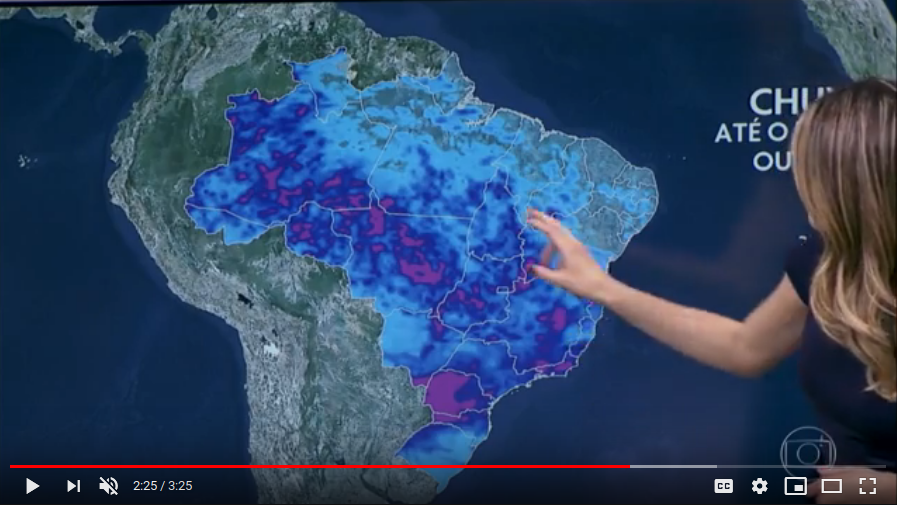 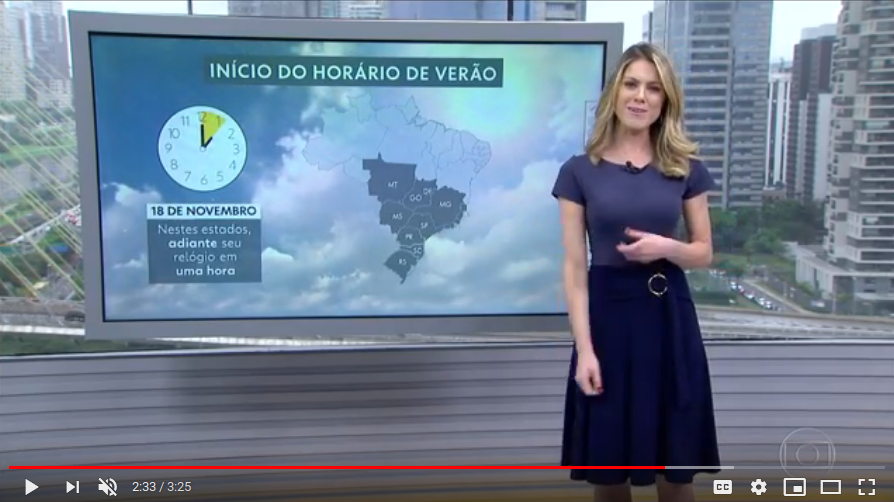 Later with Internet, I started using Climatempo. That was before smartphones if I recall. Elevators in most buildings have small LCD TV’s with ads, and in the subway and buses too. They normally display the weather by Climatempo.

They have an online channel with some videos, but I still prefer the presentation from the main TV channels’ forecasters. 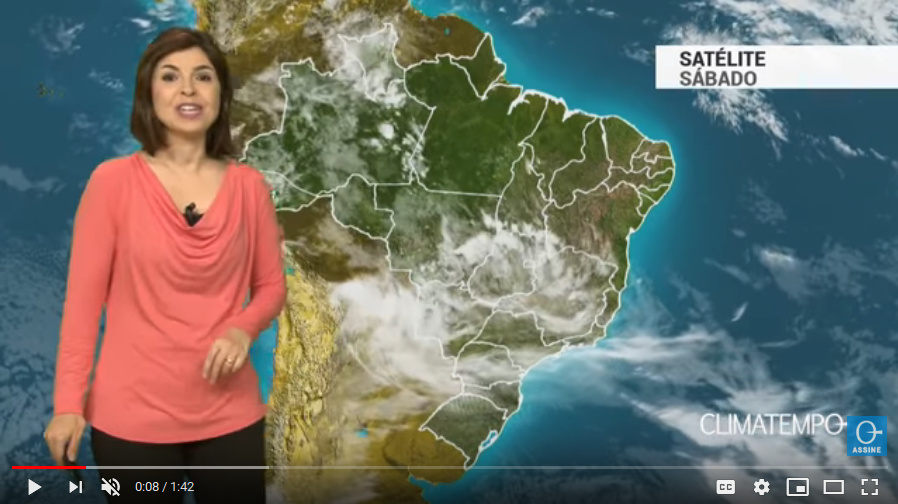 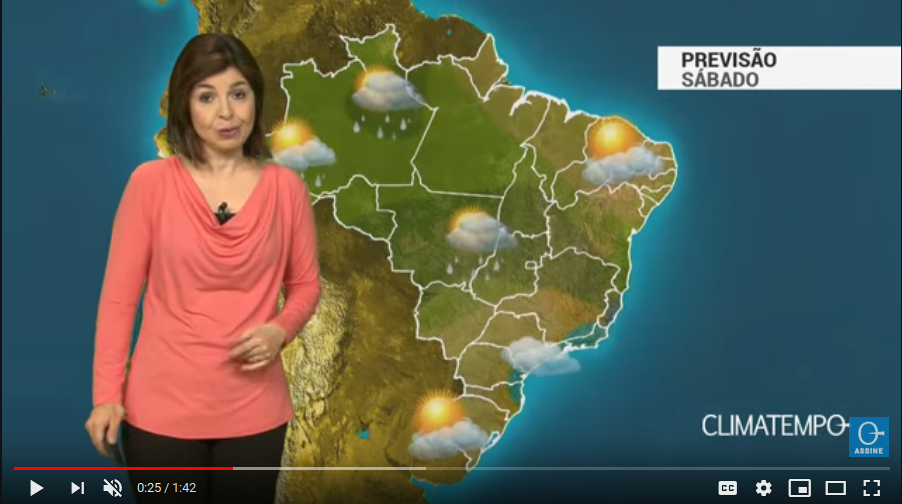 Brazil’s NWP is driven by INPE (National Institute for Space Research) and its division CPTEC (The Center for Weather Forecasts and Climate Studies).

The Brazilian member of WMO is INMET (National Meteorological Institute), which contains datasets. Not sure what’s the relationship between CPTEC and INMET…

These departments provide some videos, but not with the same frequency as the TV channels and other institutions. They are also not well known amongst most locals (or at least their roles is not well advertised).

Most people nowadays use just their phones, relying on the forecast from AccuWeather, and occasionally check the forecast online or via the TV channels.

A small footnote. I have the impression that most forecasters are women, though there are some famous “man of weather” as they are called locally, known for being so long providing forecasts.

There are so many channels, so many newspapers, and so many websites and apps in Brazil. There is no consensus on the presentation of the weather, but the main players provide technology with high quality.

They use live cameras, choppers, maps with many layers, icons, colours, display minimum and maximum temperature, as well as precipitation. There is normally no high precision forecast (the interval is the same for all days of the week, even today), nor the indication of the confidence of the model.

There are also other players that provide forecast for army, government, farmers, companies, etc.