With Krita 4.x released, and the Krita monthly challenge of May still open for submission, I decided to give it a go and try this new version to create an artwork to for the challenge. The topic of this month’s challenge is Home.

And I am happy to report that Krita 4.x looks much faster! And I had no crashes, bugs, nor any lags while painting.

Santos Dumont built this house to be his home away from the big city, while also being able to keep some of his inventions nearby, and work on other projects. It was a space to be creative!

I started by preparing the canvas with the original image and an onion layer, and then traced the lineart. I used David Revoy’s brushes. They are great! And used the built-in chalk brush for most of the colours.

I enjoy line art much more than colours, but for the monthly challenge, I tried to use some colours. I used the original photo to create the palette for the painting. 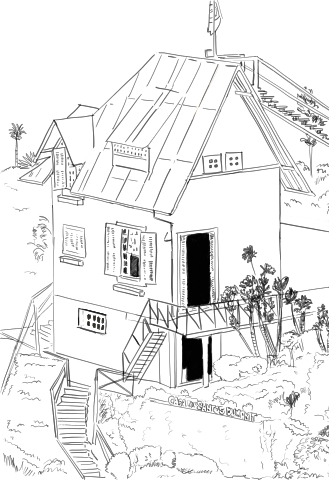 It had been a few months since I used either my Wacom tablet or Krita for painting. But I was glad to remember some shortcuts. Krita interface is also quite intuitive. In a few minutes I found how to rotate the canvas and the zoom controls.

Below a few more screenshots. If you are interested, submit your artwork to the Krita monthly challenge too! Or if you are not using Krita yet, spend some time using it to compare with other editors.

I am sure you will be glad with the results. 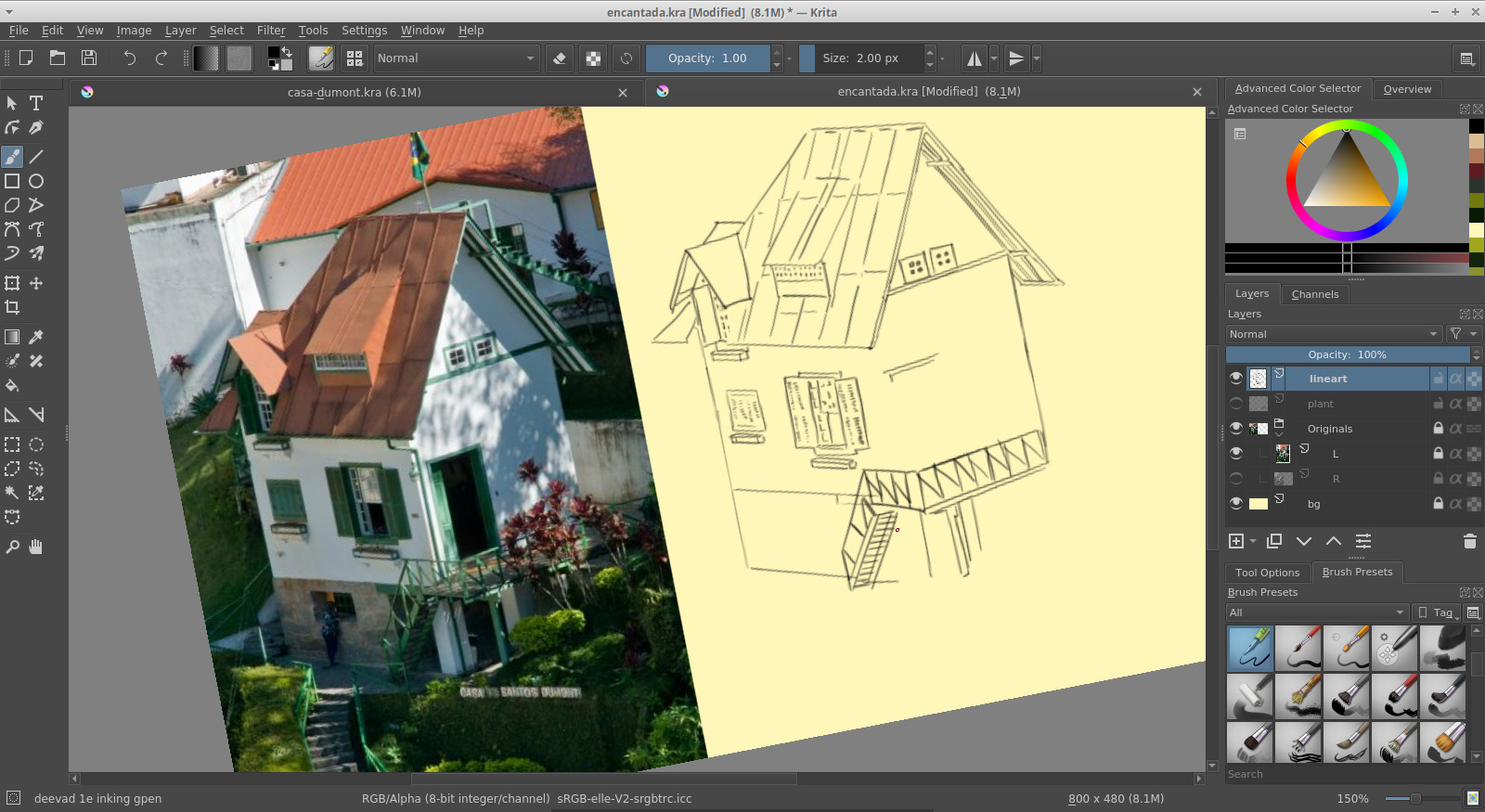 Oh! I also need to find some more time another day to try the newly released Krita’s Python scripting!

Trivia #1: I grew up on the North of Sao Paulo city, near an important avenue called Dumont Vilares. It gets this name after Luís Dumont Vilares, main name of Atlas Elevators, and brother of Santos Dumont. Very few people are aware that this avenue is related to the inventor.

Trivia #2: the house is called “A Encantada”, which means Enchanted (feminine). It gets this name because of the name of the street where it was located: Enchant Street, or Rua do Encanto in Portuguese.