The DRMAA v2 specification draft is ready to be published, and is in public comment until 31st July this year. I used DRMAA v1 to integrate Jenkins and PBS some time ago, but it was not a very elegant solution.

And in the end integrating other grid computing implementations like SGE would not be very simple.

This post contains my reading notes for DRMAA v2, and a short analysis of how this new specification could be used in a new tentative to integrate Jenkins and several grid computing implementations in a single plug-in.

Notes about the new specification 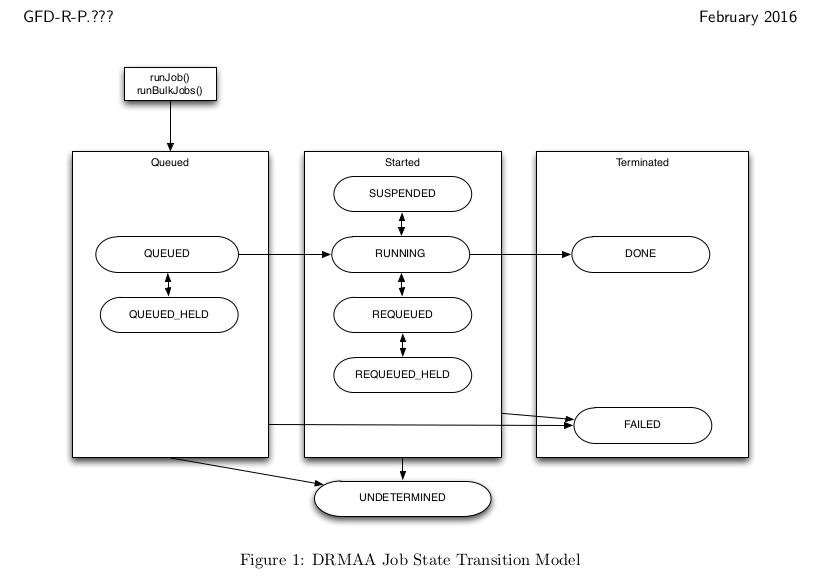 How a DRMAA v2 Java implementation could be used with Jenkins

Time to go back to the blackboard, but in the meantime, will start a development cycle for Jenkins plug-ins, and will work with the EXISTS W3C working group for a while.

What I was listening while writing this blog post: Paola Pequena - Sonata heróica